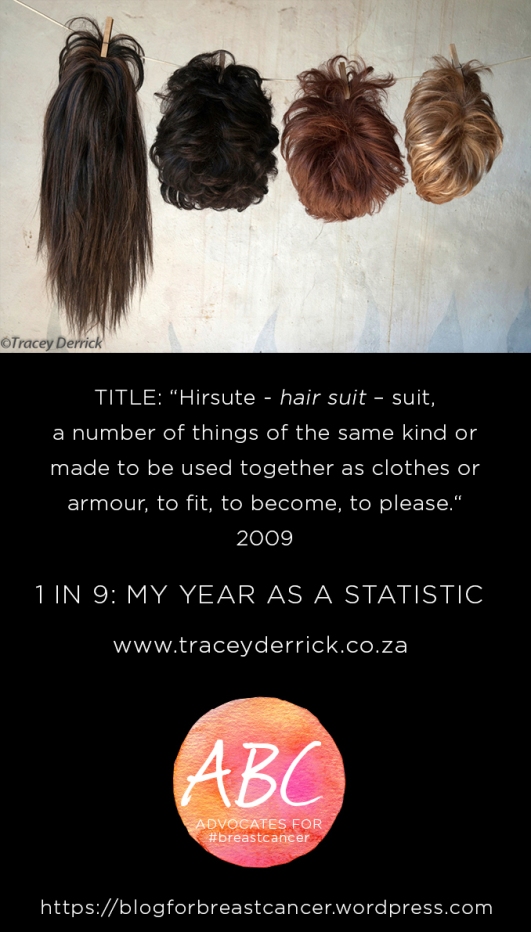 “As Jo Spence stated in Cultural Sniping, “It is not easy to make your journey through trauma and disease the subject of your own camera. I am literally putting my trauma on the wall. It isn’t an interpretation: it’s the trauma itself or an extension of it.” (1995:139-214).

Photographs often imaged Hannah Wilke naked, and as she happened to be accepted by the media ‘norm’ as beautiful, she was constantly accused of narcissism by critics. Yet, it is the critics and the media who had put her looks on a pedestal. She exposed a truth, which is like nudity, uncovering the raw experience, and this is our site of original subjectivity.

What I share with her work ultimately is a celebration of the body as opposed to a commiseration of suffering or abjection. We both seek to empower ourselves and others by laying bare the truths of disease.” ~ Tracey Derrick

Want to add your company to this list of #worldchangers?
Get in touch with us on Facebook: @AdvocatesForBreastCancer